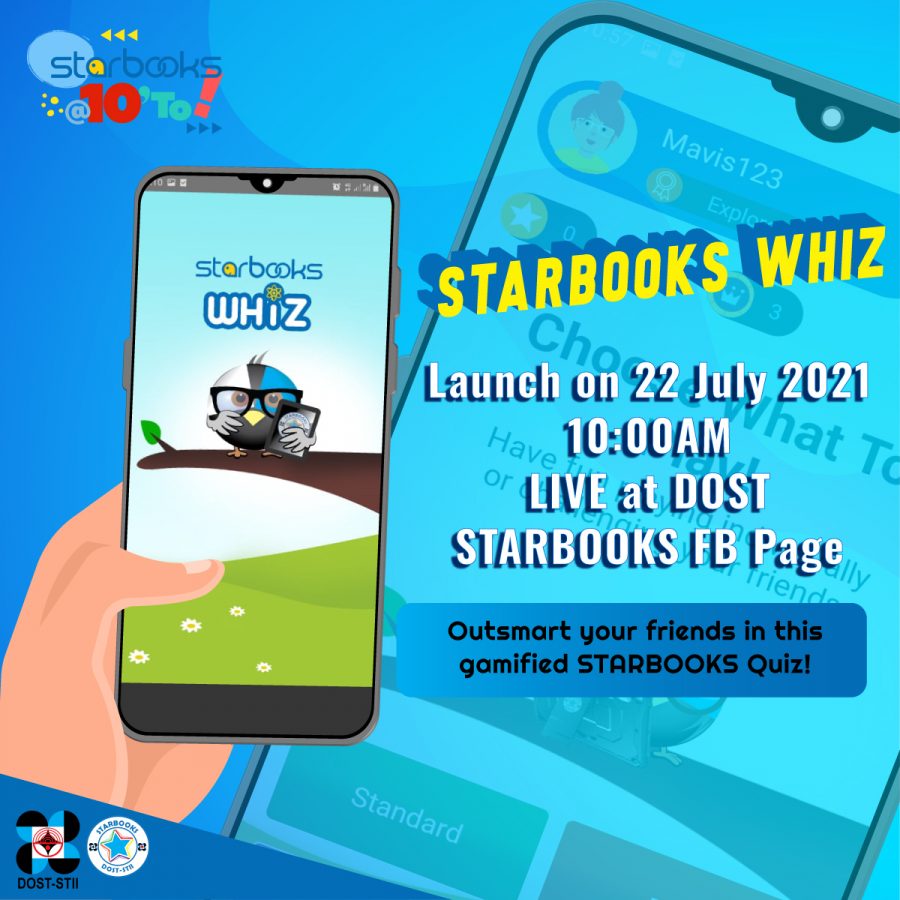 by Charissa Luci-Atienza
The Department of Science and Technology (DOST) will launch next week a gamified quiz mobile app for whiz students.
The DOST announced the launch of the app dubbed STARBOOKS WhiZ on July 22.
“Outsmart your friends in STARBOOKS WhiZ- The Gamified STORYBOOKS Quiz App! Coming very soon!,” it said in a Facebook post
The DOST- Science and Technology Information Institute (STII) announced on June 23, that it will unveil the app “for students with curious minds” this month as part of STARBOOKS’ 10th anniversary celebration.
The Science and Technology Academic and Research-Based Openly Operated Kiosks or STARBOOKS is the country’s first science and technology (S&T) digital library in a box. It contains thousands of digitized science and technology resources in various formats (text and video/audio) placed in specially designed “pods” set in a user-friendly interface.
DOST Secretary Fortunato T. de la Peña had described STARBOOKS as “simple and unassuming innovation that has narrowed down the playing field for the digital natives and digitally challenge” as various STARBOOKS innovations responded to the needs of its users.
Currently, STARBOOKS can also be accessed through mobile applications, providing engaging mobile quiz experiences for students and science aficionados alike.
“This initiative that is attuned to the changing times still maintains the primary objective of STARBOOKS as a learning tool that is both fun and engaging,” it said.
DOST-STII Director Richard P. Burgos said STARBOOKS “is not resting on its laurels as it has set its eyes on a grand vision to map out strategies for future integration of Artificial Intelligence and autonomous technologies into the STARBOOKS system.”
The STARBOOKS was initially created to “revitalize library experience by innovating science learning among students through curated digital resources on science, technology, engineering, and mathematics (STEM) that are easy to retrieve.”