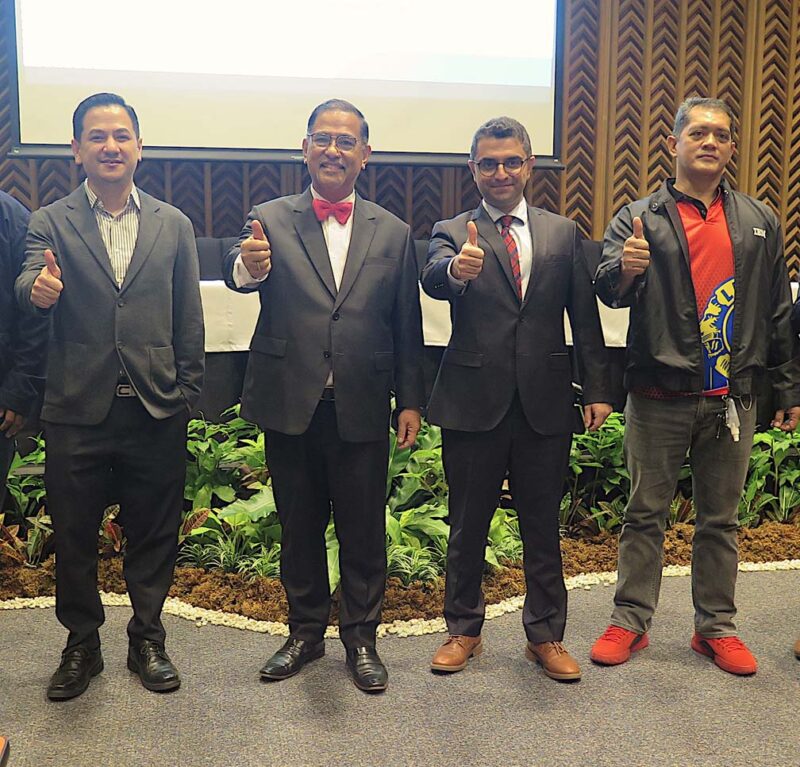 The 11th anniversary of Starbooks, or the Science and Technology Academic and Research-Based Openly-Operated Kiosk Stations, of the Department of Science and Technology (DOST) was highlighted with the signing of memoranda of agreement (MOA) with three new partners for its continued and improved services to more students all over the country.
Director Richard P. Burgos of DOST-Science and Technology Information Institute (DOST-STII), whose institute manages Starbooks, signed the MOA for DOST at the ceremony held at the Philippine International Convention Center on June 24.
The signatories for new partners were Dr. Franz de Leon, director of DOST-Advanced Science and Technology Institute (DOST-ASTI); Albert Ramos, president of Indang Cavite Highlands 103 Lions Club; and Fahri Burak Aydogdu, country director of Turkish Cooperation and Coordination Agency (Tika).
Digitized S&T resources
Starbooks, the first Philippine Science Digital Library, is an interface that contains thousands of digitized science and technology resources. It aims to create interest in the field of science and technology to be able to increase the number of Filipinos enrolling in S&T courses.
Burgos said it has been installed in more than 5,800 sites nationwide. It provides access to DOST’s library collection to remote areas without Internet or electricity.
Burgos added that the Department of Education has adopted Starbooks, which will be preloaded on all computers and gadgets in the regions.
Deployment of LokaLTE, RuralCasting
Its MOA will have the DOST-ASTI make the Starbooks resources available through LokaLTE and RuralCasting to selected pilot grade schools and high schools.
It will also facilitate the deployment of both LokaLTE and RuralCasting in selected schools and RuralCasting in strategic households in relation to the selected schools; and train local IT personnel and staff, from DOST Regional Offices, who will manage the maintenance of the LokaLTE, RuralCasting, and the Starbooks resources.
De leon said in his message that both the DOST-STII and DOST-ASTI, through the projects Starbooks and Resilient Education Information Infrastructure for the New Normal (REIINN), demonstrate their continuous commitment to provide information and connectivity to geographically isolated schools and communities through technology-based interventions.
He said DOST-ASTI has already broke ground for two sites for REIINN LokaLTE base stations in Tanay, Rizal, and Castillejos, Zambales, and is hoping to add two more sites within 2022
“By reinforcing this partnership, we are taking another significant step to achieving our shared goal of improving the state of infrastructure, education, resilience, and overall quality of life in the country,” de Leon added.
Sponsorships, solar-powered computers
The Indang Cavite Highlands 103 Lions Club, for its part, shall introduce Starbooks to Lion’s Club’s Regional sectors and club governors for possible sponsorships of Starbooks-enabled computers to chosen beneficiary communities or schools.
It shall also co-organize activities with DOST-STII to promote science, technology, engineering and mathematics (STEM) education and the use and benefits of Starbooks to other institutions.
Meanwhile, Tika will provide solar-powered computer units with kiosks to identified beneficiary schools and shoulder their delivery expenses.
It shall also co-organize activities with DOST-STII to promote STEM education, such as virtual training workshops or webinars; and promote the use and benefits of Starbooks to other institution.
Tika is installing Starbooks units in Palawan and Mindanao.
Aydogdu said in his keynote message that when he checked the National Economic and Development (Neda) Plan National Priority Plan, the listing of Starbooks stood out for him.
He said the pandemic saw the fundamental role of the digital world owing to the health protocols. But with low Internet (82 percent) and cell phone (76 percent) access of Filipino households as surveyed in 2019, “Starbooks is up for the challenge” for students’ education because it is designed not dependent on Internet connection and on electricity being solar powered.
‘Brings science to the people’
Then-Science Secretary Fortunato T. de la Peña said during the event that Starbooks “brings science to the people.”
He said that with the geographically isolated areas in the country, Starbooks has become a feature and a good tool in schoolchildren’s learning on S&T, especially in the blended educational system during the pandemic since 2020 when they have to study from home.
It has also attracted support from private corporations for their corporate social responsibility, he pointed out.
He confirmed that “it is one of the projects of DOST that has been consistently included in the National Priority Plan of the Neda.”
Starbooks’ anniversary celebration was made more eventful with the announcement of Civil Service Commission Director Margarita Reyes last weekend that it won the Presidential Lingkod Bayan regional competition, Burgos said in his Facebook account.
Image credits: Lyn B. Resurreccion
Source: https://businessmirror.com.ph/2022/07/10/3-new-partners-will-make-dosts-starbooks-improved-more-accessible/